Use Cases – A Definition 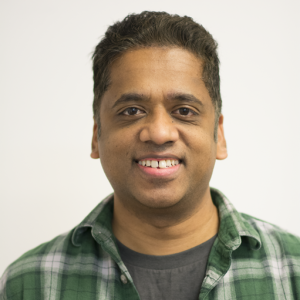 Michael Shrivathsan has worked in silicon valley for over 20 years, in various roles responsible for requirements management (including leadership roles). A question that frequently comes up in my conversations nowadays is:

What exactly is a Use Case?

Let me try and explain it in this short blog post.

What is a Use Case?

Based on a couple of my favorite books on requirements, “Software Requirements,” by Karl Wiegers and “Writing Effective Use Cases,” by Alistair Cockburn – I’d define it as follows:

A use case is a series of related interactions between a user (or more generally, an “actor”) and a system that enables the user to achieve a goal.

To phrase this definition in another way, a use case describes the system’s behavior as it responds to a series of related requests from an actor.

Use cases are perhaps the best way to capture functional requirements of a system.

Here’s an example to help you get a more tangible feel. Let’s say you’re designing a Human Resources software used to keep track of employee information at your company.

For such a project, here’s a simplified example of a use case titled “Add an employee”:

As you can see above, each of the steps is sequentially numbered. Each sentence begins with a noun – such as “user” or “system”. This noun is followed by a verb – such as “selects”, “displays”, “enters”, etc.

There is much more to the art & science of writing effective use cases – I’ll cover them in future posts.

What is NOT a Use Case?

Sometimes you may hear people refer to UML Diagrams as use cases – these are the diagrams composed of cute stick figures and ellipses as shown below.

As Cockburn says in his book:

For reasons that remain a mystery to me, many people have focused on the stick figures and ellipses in use case writing…and have neglected to notice that use cases are fundamentally a text form…

Whatever the reasons, we now have a situation in which many people think that the ellipses are the use cases, even though they convey very little information…

The UML diagram… is not a notation for capturing use cases.

I think UML diagrams are of little practical use to many important stakeholders such as end users, engineers, and business executives – as most of them don’t know how to read UML diagrams.

Psst! Interested in an affordable, enterprise-quality software to help you manage requirements in a better way? Check it out with a FREE 30-Day Trial or sign up for a 1-on-1 Demo. A Practical Guide: Business Analysts & Agile Development is one of the most popular eBooks we’ve created for business analysts. It addresses practical challenges BA teams face When Should You Write User Interface (UI) Specs?

In my last blog post, I discussed why the User Interface (UI) specifications should be an integral part of requirements. If you agree (fully or Should User Interface (UI) Be Part of Requirements?

Since the advent of the software industry, User Interface (UI) has been an afterthought – for the most part. UI is something the teams building

Can Accompa Help Your Team? Find Out Risk-Free...

30-minute, 1-on-1 web demo. With one of our Solution Consultants.

Some of Our Customers

About Us
Contact Us
The Accompa Promise
Our Philosophy
Who is the Monkey?
Careers

Why Choose Accompa
Requirements Software
Get 4 Big Benefits
90-Day Guarantee
How It Works
Pricing
Feature List
Customers Get 17x ROI
Is It Secure?